Shopping for a highly portable premium laptop will put you in full view of an assortment of 13- and 15-inch variants. But if you want more power, you’ll want to take a special look at 15-inchers to find the best quality and value for the money. There are two main laptops you want to compare in this category, the HP Spectre x360 15 vs Dell XPS 15 9500. We’re pitting these titans against each other with similar configurations and comparing them across multiple categories. By looking at the pros and cons you’ll be able to see which laptop is able to deliver the goods.

For an interesting matchup we’ve chosen laptops with similar key configuration options to be compared across multiple categories. Here’s how they stack up:

Aesthetically, these are both irresistible machines. The HP Spectre x360 15 has a striking body. Every edge along the chassis of the “gem-cut” version is chiseled at angles reminiscent of fine jewelry. Not willing to take a back seat on design, the Dell XPS 15 9500’s neatly compact carbon fiber aesthetic might be better suited for the board room, however.

The HP Spectre x360 15 is truly a first-class splurge demonstrating that the flagship Spectre line continues to deliver quality, style and features; it’s a large-screen convertible 2-in-1 without equal. And it’s one of the snazziest looking 15.6-inch convertible 2-in-1s around with the durable, screen-rotating mechanics to transform the laptop into different modes. But its not just about looks. The chassis and lid are made from an anti-glare treated aluminum that resists flexing while hiding fingerprints. This subtle attention to detail extends to the concave sculpting of the palm rest and those perfectly smooth “gem-cut” edges.

The Dell XPS line is consistently a top pick among premium Windows options. Like the HP Spectre x360 15, the Dell XPS 15 9500 model boasts a fresh new design with a trimmer chassis that adds more display real estate. It gets a “modern facelift” that’s more compact, particularly in width. Materials remain the same with the lid and chassis made of aluminum and the keyboard deck made of a soft-touch carbon fiber for a high-quality feel. All this slimming down takes place while enhancing the size of the display. The super-thin bezels add up to a 92 percent screen-to-body ratio, so now you get a 16:10 aspect ratio and more vertical pixels.

The newest Spectre x360 15’s standout feature is of course it’s 2-in-1 design. Overall, the laptop has been taken down a notch when it comes to size making it nimbler to manage. It’s down to 4.23 pounds and 8.9-inches deep, besting the elite XPS 15 9500’s 4.5-pounds and 9.1-inch depth thanks to its smaller top and bottom display bezels. But make no mistake, the Spectre x360 15 is still a big slab when used as a tablet.

The most eye-catching feature of the Spectre x360 15 is the state-of-the-art AMOLED display (also available on base models). It has a 4K/UHD resolution and 10-point touch support. But unlike traditional laptop screens, the pixels are their own source of light producing deep and rich looking black levels. It’s also super bright and colorful at a dazzling 400 nits of brightness. This model also features anti-glare treatment for the Corning Gorilla Glass surface to reduce reflection as well as fingerprints.

We also chose an appealing 4K touchscreen version of the XPS 15 9500. Even though you could get an OLED option in previous generations, it’s a glaring omission in the latest model. The display quality is superb thanks to the optional 3,840×2,400-pixel touch panel. It makes for an incredibly sharp and vibrant display. The screen is also rated for HDR 400 with a max brightness surpassing the Spectre x360’s of 500 nits.

Power, power, then add to that even more power. What else would you expect from a premium laptop but speed? The Spectre x360 15 and Dell XPS 15 9500 both come with the kind of hardware rarely seen in a 2-in-1 convertible or non-gaming laptop, respectively.

For instance, you get the Intel Core i7-10750H processor which is a CPU you’d normally find in a gaming laptop in both. Add to that a dedicated 4GB NVIDIA GeForce GTX 1650 Ti (Max-Q) graphics card and you certainly have enough oomph to push 1080p gaming or 3D modeling work.

And for the price, you even get 16GB of RAM, which you would think puts them nearly at even odds. But although they’re also both outfitted with a 1TB SSD, the one in the XPS 15 can copy at a rate double that of the Spectre x360’s 1TB SSD – performance is far from similar.

Overall, however, both machines are solid, capable machines.

While the Spectre x360 15 can only be equipped with a fast enough Core i7 H series CPU. You can get the XPS 15 9500 with up to an Octa-Core i9 H series processor! Additionally, while the HP maxes out at 16GB of RAM, you can pick up the Dell with a whopping 64GB of memory.

Notably, what we believe really extends the value of the XPS 15 9500 is that you can open it up to upgrade internals – yay future-proofing.

Although both laptops enjoy fantastic keyboards with sufficient travel and a precise feel. The springy, deep travel of the keys on the Spectre x360 is a welcome departure from the XPS 15’s noticeably shallow keyboard. That’s not to say that those on the XPS 15 aren’t pleasantly clicky. In fact, they’re even better-spaced than the Spectre x360’s.

Still, the Spectre x360 15 has one of the best keyboards and touchpads for a 2-in-1 convertible this side of Lenovo. With a flex-free keyboard deck, snappy feedback and two levels of white backlighting. Using the keyboard is a comfortable experience. And there’s a four-column number pad with a standard layout and full-size keys for your convenience. The buttonless touchpad is smooth and expansive with tactile clicking action. To the right is a built-in fingerprint reader for secure biometric logins with Windows Hello.

The touchpad on the XPS 15 is now gigantic at 4 x 3.1-inches compared to the Spectre’s 4.7 x 2.3 inches; panning and scrolling is no problem. And what about the keys? They were comfortable in past models with moderate travel and white backlighting like the Spectre x360 15. So, graciously, Dell didn’t feel the need for a change.

Our website is not known for talking about the sound quality of laptops often. But the two Bang & Olufsen-tuned speakers above the Spectre x360 15’s keyboard (with two more projecting sideways) is a great sound setup capable of projecting lots of volume.

The new model of the XPS 15 also features upward-facing speakers flanking the keys on either side of the keyboard deck. This helps push the sound at the user more directly than the turned around downward facing speakers of past models. Sound quality is excellent and carries further without having to pump up the volume.

Choosing a winner hear all comes down to your port preference. The HP Spectre x360 15 gives you a respectable level of connectivity: Starting with the rightmost corner, there are two Thunderbolt 3 (USB Type-C) ports with another alongside the right edge; you can charge the laptop using either one. Other connectivity options include a USB 3.2 Gen 2 Type-A port with a 10Gbps transfer rate. Next to that is a webcam kill switch providing a more secure means to block the webcam than a physical shutter.

You’ll find the power button as you swing over to the extreme left side with the idea being that you won’t bump it mistakenly in tablet mode with it tucked away up there. Further down the left edge is a power jack, an HDMI 2.0a video output and an audio combo jack.

Connectivity options on the XPS 15 9500 model are more streamlined compared to previous iterations. Now the only other physical connection (save for an SD card slot and a headphone jack) are USB Type-C ports; one is on the right edge and the other two are on the left. But they include a Thunderbolt 3 and DisplayPort support, while the right side offers another DisplayPort support.

Mercifully, all three can be used to charge the laptop. But if you’re concerned about how to connect your USB-A peripherals. Dell hasn’t left you out in the cold. Both USB-C-to-USB-A and USB-C-to-HDMI adapters are included with the laptop.

Battery endurance is subject to your personal usage. But when it comes to laptops with a 4K display, the battery life on the Spectre x360 and XPS 15 make these wonderful machines market leaders.

Trying to pinch as many hours as you can from the HP Spectre x360 15’s 72.9-watt-hour battery by turning down as many features as you can results in an un-plugged battery runtime of about 8-hours. Applying similar tweaks to squeeze the most juice you can from the Dell XPS 15 9500 wrings out an additional 4-hours for a neat 12-hour total runtime.

NOTE: Manufacturer claims about battery longevity are exaggerated. Testing is often done under very controlled situations that don’t reflect normal usage resulting in their claimed runtimes. We recommend referencing as many independent reviews as you can get your hands on for a more accurate average runtime. 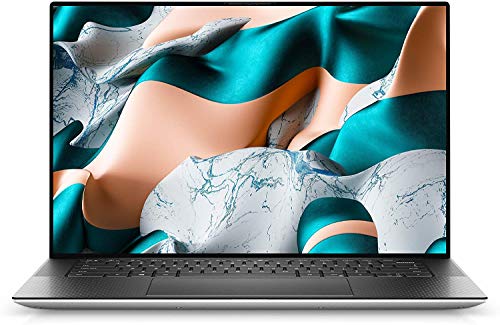 These are both amazing laptops, but one will edge out the other depending on category. The Dell XPS 15 is a popular, highly portable laptop packing powerful hardware into a relatively small chassis. While the 9500 model isn’t a radical design change from previous generations. The XPS 15 line has finally received a long-awaited facelift with refinements that extend to faster components.

If you’re shopping for a highly portable, supersized premium machine with performance in a 2-in-1 body. The HP Spectre x360 15 is almost in a class of its own. It incorporates the same hardware as the XPS 15 9500 for less. And it certainly stands as an example of what laptops in this niche can be. If you have the appetite for a big bold convertible, you won’t be disappointed. But if you’re looking for specific hardware options different to our test subjects, you’ll do well with the XPS 15.

Either choice will leave you happy with your decision.